Looking for customers in all the wrong places

When asked why he robbed banks, Willie Sutton explained “because that’s where the money is.”

Not that marketers are bank robbers, but the same idea applies to finding prospective customers.  If 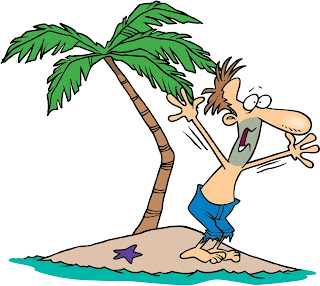 you want to get their attention, you need to go where they are.

If you’re at they'll never look, it’s unlikely prospects will see you.

This idea certainly sounds logical.  In fact, it may sound blatantly obvious.

So why do so many companies ignore it?  Why do they spend time and money on marketing activity that doesn’t get them in front of prospects?

It’s not that they have money to burn, especially if they’re software-as-a-service (SaaS) companies.  For these companies, spending too much on customer acquisition costs is a ticket to failure.

One reason I’ve seen companies spend money to be in the wrong place at the wrong time:  an infatuation with novelty.  They’re mesmerized by new marketing tactics and channels.

Right now, most of the new and novel techniques are intended to generate visibility online.  Companies are spending a ton of money, for example, on search engine marketing and social media marketing.  I’ve seen companies posting multiple blogs post per week, regularly updating their Facebook pages, pushing out a steady stream of tweets, and doing lots of whatever you’re supposed to do with Pinterest.

I won't dismiss these things out of hand, and neither should you.  But if your customers aren’t paying attention to these social media channels, most of your work there is wasted.

If a prospective customer is looking for a SaaS solution that’s critical to their enterprise, something they’ll be spending thousands of dollars on, are they really going to be looking for it on Facebook?

There are some products and markets where a social media campaign is a perfect way to get in front of prospects.  But they’re not always a good fit for enterprise SaaS solutions.

And by the way, while marketers are fixated on new tactics, they’re probably overlooking some tactics that may be old, but may be much more effective for them.  I’ve worked with clients that have found that participation in well-selected trade shows or USPS mailings- yes, snail mail - can attract lots of qualified opportunities.

Don’t know where the prospects are

Here’s another reason companies look for prospects in all the wrong places:  They just don’t know the right places.

Marketers can make all kinds of guesses about their prospects’ thought processes.  And some of these 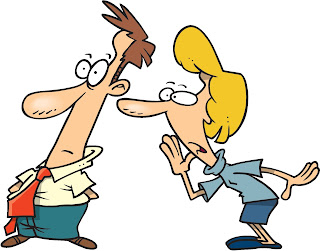 guesses are fairly sophisticated and involve deep demographic and behavioral analysis and the development of detailed “buyer personas.”

But sometimes all this analysis doesn’t give much guidance on precisely where you might find these prospects.  When they're considering a new solution, where do they go, what do they look at, and who do they talk to?

When I work with clients to build an effective customer acquisition program, I often talk with prospects and I simply ask these questions.

publication.  And sometimes I hear of totally unexpected sources.  I’ve worked with a client whose customers have found them through state-mandated licensing classes.  Another client found that one particular independent newsletter writer was virtually required reading for people in their market.

Once we figure out where these prospects go when they’re looking for a solution, it’s a lot easier - and less expensive - to get in front of them.
Posted by Peter Cohen Managing Partner at 6:00 AM

Peter Cohen Managing Partner
I’m Peter Cohen, principal of SaaS Marketing Strategy Advisors, and the author of the "Practical Advice on SaaS Marketing" blog.  Before I started my own firm and this blog, I'd spent many years in marketing positions with Lotus, IBM, and other companies.  If you have marketing responsibilities at your company, I've been in your shoes.  In particular, I’ve learned a lot about what works and what doesn’t when it comes to marketing software-as-a-service (SaaS) solutions.  Whatever issue you're facing, there's a good chance that I've seen it before. I started SaaS Marketing Strategy Advisors and this blog to share that experience with my clients.  I focus on providing practical, actionable advice that has measurable impact.  Peter Cohen